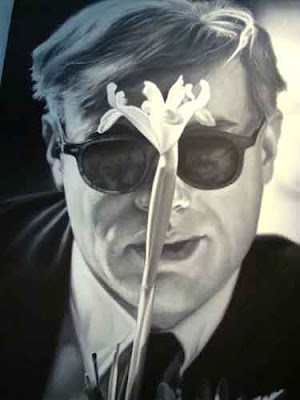 'warhol with flower' by Dennis Hopper

There's a place on my dresser beside my bed where three books sit, they've become permanent fixtures for years one of which is A System of Moments, inside is Dennis Hopper's culmination of work portraying the rising art and LA culture of the sixties. Inside you will read an INVITATION TO THE VOID."For this creator the void is an empty place between films , jobs acting, writing - "a system of moments" frozen like the flick of a candle forever licking the darkness, the splatter of wet paint caught in a dry burst coming out of a great angst and pain having been denied work in my medium of choice: movies. The explosion - to fill the void between film work, a system of moments occurred, paint photograph, manufacture, tape, plastic, lights, sets, shadow, assemblage, motion, found objects, with a rope of history binding me to Abstract Expressionism, action painting and Marcel Duchamp (whom I met in 1963) Duchamp said the artist of the future will merely point his finger and say it will be art. I was a part of the California School of Assemblage and New Realism with Walter Berman, George Herms, EdwardKeinholz, Llyn Foulkes, Bruce Conner and Edward Ruscha, and one of the founders of Conceptual Art with Proof (1963), and 'Wilhold the Mirror Up'." 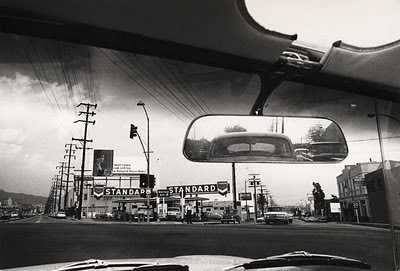 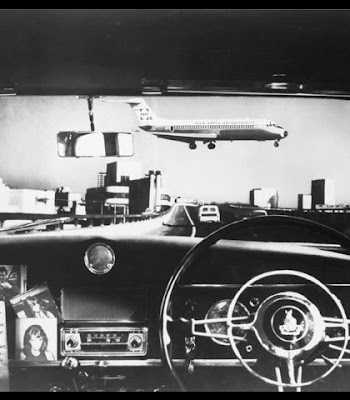 
"You can't separate Hopper the actor from Hopper the painter or photographer. A good writer pens what he knows. Hopper knows the film world and his art is a reaction to it.
His art constantly reminds us that an ‘image' is an illusion."
- Graham Hüner 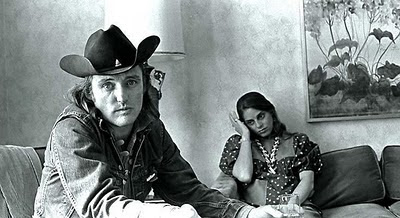 This photograph is by Abbie Hoffman all other art is by Dennis Hopper.
Posted by diane at 11:52 AM 10 comments: 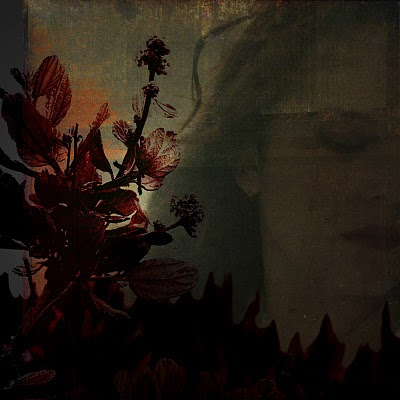 like the memory of water
an interstitial filtrate
between stones, within speech

the weight of absence,
of meaning implicit in

reading you in
reading between the lines
absorbing small shocks of recognition that
ripple back
from some projected future conflux;
sound-patterns skimming the surface like
the dreams of fish

my interoceptors resonant with
vast electrical slippage
down the sky,
avalanches of invisible lightning;
shifts in tectonic weather through which
I strive to detect your undersong
in each volution,
involucre;

to discover your cipher that
I envisioned as
underwriting the disjuncted chancel, this
footprint of a drowned house,
the seagrass meadows
“dotted with pulpy creatures
reflecting
a silvery & spangled radiance
upwards”

with each word I spoke
I was becoming less the person
you imagined,
a second biography encrypted
beneath my skin:
as if I had left my heart behind in the wrong place 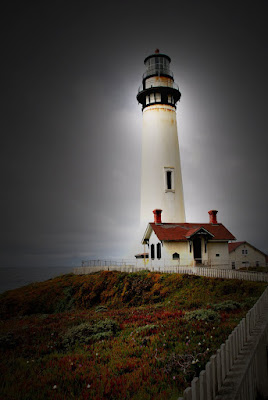 as if I were in a cave of unknowing

as if a distance could be measured between hollow and holy

as if my chest were full of tears

as if my bubble were slowly bursting

as if a light spiralled upward and opened my head; the dandruff of old snapshots showering down

as if water swallows light

as if a central sadness coalesced in the sternum

as if I were trapped between white sheets

as if there were something lodged in my throat like chalcedony

as if the air had twelve edges

as if the moon had assumed the fullerine structure of consciousness

as if I had broken an egg in my hand; a tiny white bird detached from its yolk, breathing

as if a stigmatic inflorescence sprang from my right palm

as if white mucus dribbled from one nostril

as if the coles feminus were coated in pearl

as if I were laying on folded wings straying into the fault zone
as westerly cliffs of shear evolve
points of collapse;
your leave-taking abandoned me
poised on the brink of a conversation
for which I now dis(re)member the
language
scratches of light dissecting
the ridge of Corallian beds
once formed in clear shallows

suffering attrition, a trituration
becoming trite
detritus fetched up by the
overwash of storm-surge:
marine transgressions
inventing/reinventing my
somatology
as the beach rolls slowly
over itself
red & black chert, jasper, tourmalinised
quartz

locus of transitions
a constant state of mutagenesis;
dialogue perpetually rehearsed
but never spoken
tracing whole sentences
on the roof of my mouth with
my tongue
glossing over details that
you will neither read nor hear:

the inverse reflection of a tower cloud
condensed
in a drop of rain on a reed-blade,
a floating quill plastered
to the smoothness of stone,
defence-posts of small bunting territories;

the capriciousness of the revealed world

all things tending towards solution


Abbotsbury swannery; Chesil and The Fleet


Poet's Note: Since the swan moves in the three elements of earth, water and air, it has been traditionally associated with shape-shifting, especially in the form of a young woman. Tales of the animal-wife as swan-maiden occur universally, telling of a lover lost when she resumes her original form. Usually this is due to the lover breaking a taboo or committing a misdemeanour through a lack of communication, whereupon she disappears silently back into her supernatural life. I am indebted to Jeremy Sherr’s Dynamis group for the homeopathic provings of Cygnus which provided a starting-point for this text." 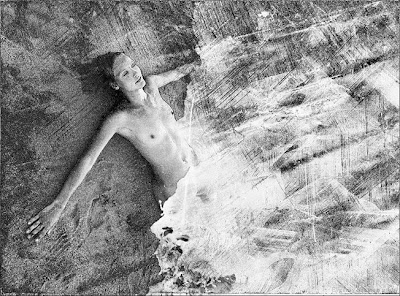 the primitive one-string cello,
bent low playing a threnody, thread, theme I know,
into the night as I wake heaving it, hearing it –

now that I live so close to your sound, sea,
even at night wake to listen for you –
close to your smell
close and often to your salvage
your changing sand and rock shelf, sea,
lost generations
lost progenitors
past sadness, sea 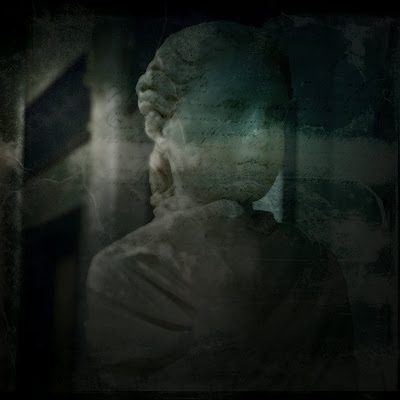 My deplorable mania for analysis exhausts me. I doubt everything, even my doubt. You thought me young, and I am old. I often spoke with old people about the pleasures of this earth, and I have always been astonished by the brightness that comes into their lackluster eyes; just as they could never get over their amazement at my way of life, and keep saying 'At your age! At your age! You! You!' Take away my nervous exaltation, my fantasy of mind. the emotion of the moment. and I have little left. That's what I am underneath. I was not made to enjoy life. You must not take these words in a down- to- earth sense, but rather grasp their metaphysical intensity. I keep telling myself that I'll bring you misfortune, that were it not for me your life would have continued undisturbed, that the day will come that we shall part (and I protest in advance). Then the nausea of life rises to my lips, and I feel immeasurable self-disgust and a wholly Christian tenderness for you.
At other times - yesterday, for example, when I had sealed my letter - the thought of you sings, smiles, shines, and dances like a joyous fire that gives out a thousand colours and penetrating warmth. I keep remembering the graceful, charming, provocative movement of your mouth when you speak - that rosy, moist mouth that calls forth kisses and sucks them irresistibly in. What a good idea I had, to take your slippers. If you knew how I keep looking at them! The bloodstains are fading: is that their fault? We shall do the same: one year, two years, six, what does it matter? Everything measurable passes, everything that can be counted has an end. Only three things are infinite: the sky in its stars, the sea in its drops of water; and the heart in its tears. Only in that capacity is the heart large; everything else about it is small. Am I lying? Think, try to be calm. One or two shreds of happiness fill it to overflowing, whereas it has room for all the miseries of mankind.
By the way, - so we'll christen the blue dress together. I'll arrive some evening about six. We'll set the night ablaze! I'll be your desire, you'll be mine, and we'll gorge ourselves on each other to see whether we can be satiated. Never! No, never! Your heart is an exhaustible spring, you let me drink deep. it floods me, penetrates me, I drown. Oh! The beauty of your face, all pale and quivering under my kisses! But how cold I was! I did nothing but look at you; I was surprised, charmed. If I had you here now... Come, I'll take another look at your slippers. They are something I'll never give up; I think I love them as much as I do you. Whoever made them, little suspected how my hands would tremble When I touch them. I breathe their perfume, they smell of verbena - and of you in a way that makes my heart swell.
Adieu, my life, adieu my love, a thousand kisses everywhere. Phidias has only to write, and I will come. Next winter there will no longer be any way for us to see other, but if Phidias writes between now and the beginning of the winter I'll come to Paris for at least three weeks. Adieu, I kiss you in the place where I will kiss you, where I want to; I put my mouth there, je me roul sur toi, mille braisers. Oh! donne-m'en, donne-m'en! 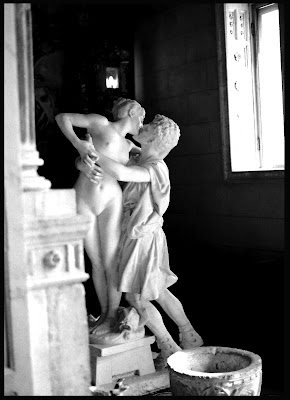 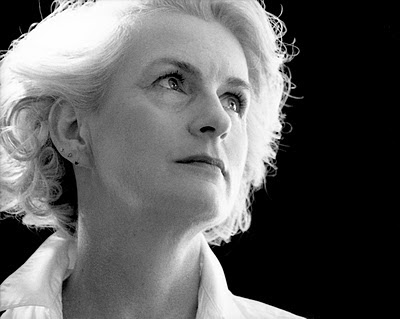 "Not flesh of my flesh
Nor bone of my bone,
But still miraculously
My own.
Never forget
For a single minute:
You didn't grow under my heart
But in it.”
--Fleur Conkling Heyliger
Posted by diane at 2:06 PM 5 comments: 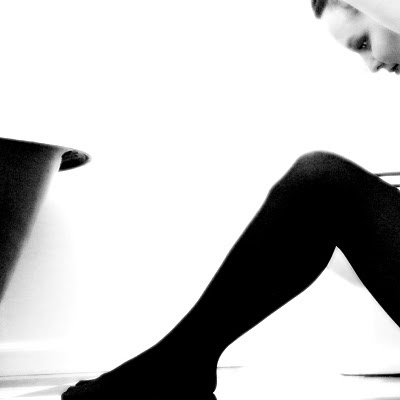 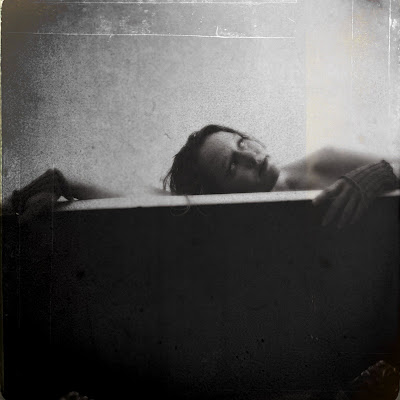 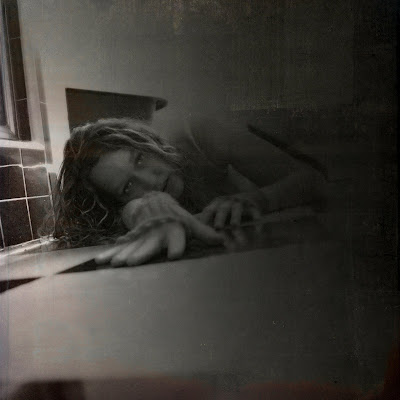 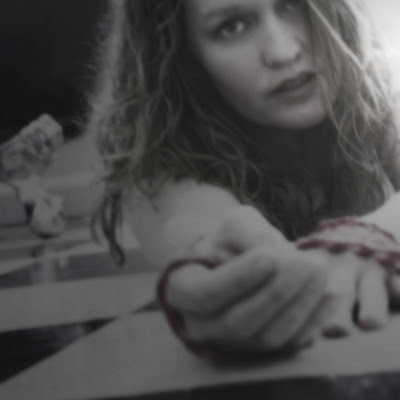 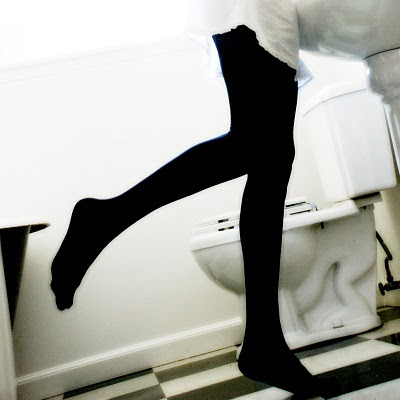 *warning* Not to be viewed with a weak stomach.
Posted by diane at 12:09 PM 7 comments:

sensitivity to symbolism can be harmful to your health.

Truth or myth?
Can art be meant to hurt?
Or is it fear that keeps one from seeing the truth.
Creativity knows no apology's. and there is no other than
"art with intention"

A painting that frightened me as a child like no other. Examined in secret like stolen pornography. Appalled then loved through heightened perception.