An appetite... shared and otherwise. 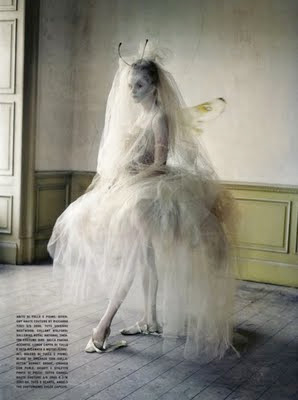 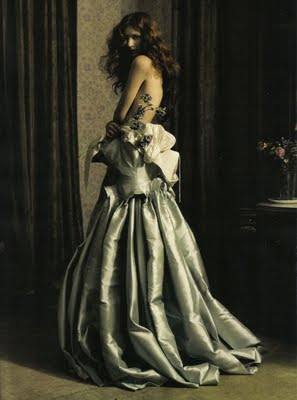 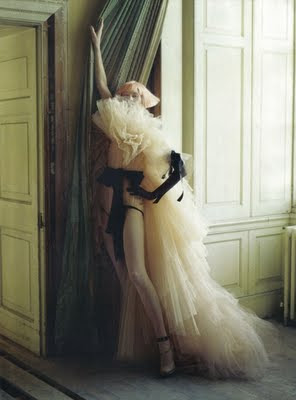 via Kiss me au revoir... 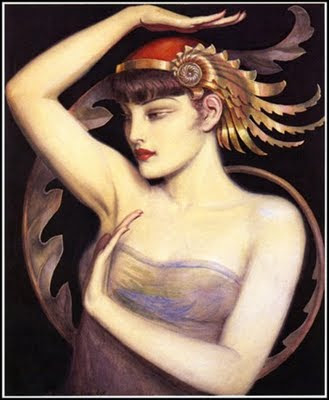 spied the language of their love 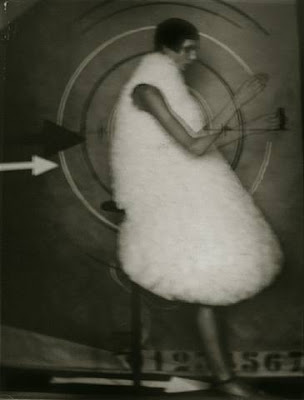 "I am trying to remember the lyrics of old songs
I’ve forgotten, mostly
I am trying to remember one-hit wonders, hymns,
and musicals like West Side Story.
Singing over and over what I can recall, I hum remnants on
buses and in the car.
I am so often alone these days with echoes of these old songs
and my ghosted lovers.
I am so often alone that I can almost hear it, can almost feel
the half-touch of others,
can almost taste the licked clean spine of the melody I’ve lost.
I remember the records rubbed with static and the needle
gathering dust.
I remember the taste of a mouth so sudden and still cold from
wintry gusts.
It seemed incredible then — a favorite song, a love found.
It wasn't, after all.
Days later, while vacuuming, the lyrics come without thinking.
Days later, I think I see my old lover in a café but don’t,
how pleasing
it was to think it was him, to finally sing that song.
This is the way of all amplitude: we need the brightness
to die some.
This is the way of love and music: it plays like a god and
then is done.
Do I feel better remembering, knowing for certain
what’s gone?"
By Roxane Beth Johnson
Photography by Sarah Moon.
Posted by diane at 12:35 PM 1 comment: 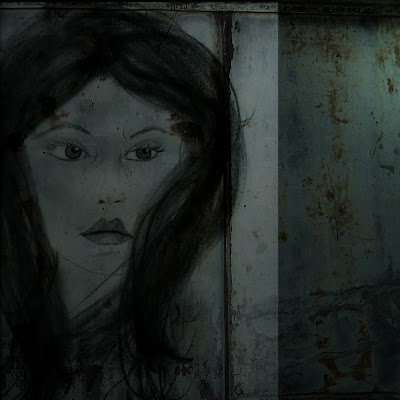 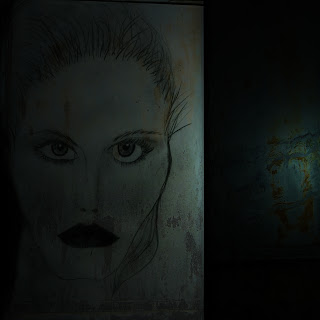 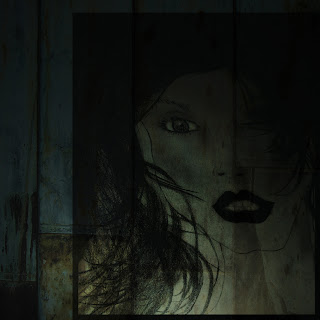 "When we are lost in our longings, Aurelius, already it is too late:
there is already nothing we can do. I have rarely desired an end
to my desires. We are so in love with our wanting. Last week,
though doctors were quick to repair it, a baby in India was born
grasping her own beating heart in her fist. Today, a Dumpster
arrives from Dave’s Trash Removal & I begin to fill it. I toss in
a transistor radio that hasn’t worked in years. A man walking past
asks if he can take it. Later, he returns & carries off a broken TV.
A neighbor salvages the dented gray fuse box; a girl wants a window,
a paper bag full of tangled cords. All night I listen to the wind
& the echoes of feet kicking through rubbish, like a mouse nesting
inside a drum. My older brother is dead a decade. Yet here
in its enormous gold frame is the familiar, pastel portrait
someone named Maxwell drew for our mother, an inaccurate
rendering of the two of us when we were small. I can’t look at it;
I can’t throw it away. Every change is a death, you tell yourself,
turn thy thoughts now to thy life as a child. . . . One day, I tell myself,
I will shut all the doors, leave everything behind. The museum
is showing a hundred tricked-out Victorian photographs
of that other world: the hoax of floating fairies, women haunted
by ghostly blurs. Another century & still we want to believe
in what we know cannot be true. Your words, Aurelius, have found me,
but you could not. If we are disappointed, we have only ourselves
to blame: Wipe out thy imagination. We fill out hands when they are
empty. We empty ourselves when we have held too much too long."
Kathleen Graber, “Book Nine” from The Eternal City. Copyright © 2010 by Kathleen Graber.
Posted by diane at 10:55 AM 1 comment: 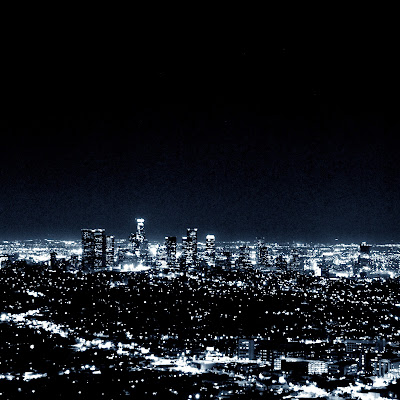 "They are sitting in the car in a traffic jam,
the radio is on, exhaust fumes
and music, a song he thinks
is beautiful, about
violins on fire and a dance which goes on
until the end of love.
Not the song but what he says
makes her unable to look at him.
Now something else enters the car:
music and exhaust fumes and shyness.
Shyness because the dance
until the end of love is much too much
stretches too far into the past,
too far ahead, his soul
swells suddenly unprotected, so unprotected,
she only says: 'Sentimental'.
Yes he says, sentimental.
She will never know if he knew
how she seized upon that word.
He will never know what she
understood, how far and far,
she will never know that he
understood that she understood
what suddenly came over him, unless
someone, an historian perhaps,
later exactly reconstructs the way it used to go
with people in traffic jams with radios."


© Translation Rina Vergano
Posted by diane at 9:12 AM No comments:

The Meeting of the Waters
By Thomas Moore
There is not in the wide world a valley so sweet
As that vale in whose bosom the bright waters meet;
Oh! the last rays of feeling and life must depart,
Ere the bloom of that valley shall fade from my heart. 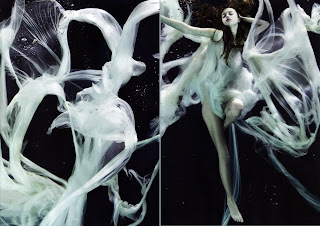 Yet it was not that nature had shed o'er the scene
Her purest of crystal and brightest of green;
'Twas not her soft magic of streamlet or hill,
Oh! no, -- it was something more exquisite still. 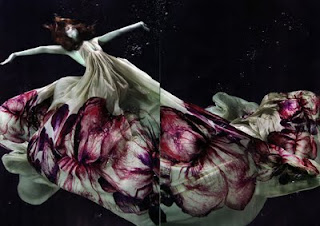 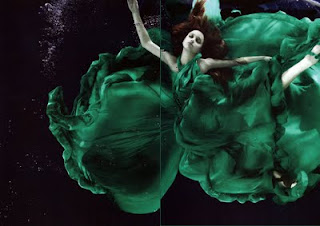 'Twas that friends, the beloved of my bosom, were near,
Who made every dear scene of enchantment more dear,
And who felt how the best charms of nature improve,
When we see them reflected from looks that we love. 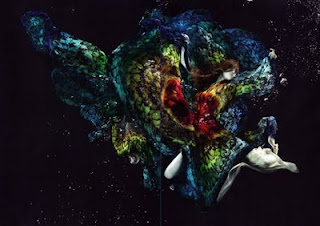 Sweet vale of Avoca! how calm could I rest
In thy bosom of shade, with the friends I love best,
Where the storms that we feel in this cold world should cease,
And our hearts, like thy waters, be mingled in peace. 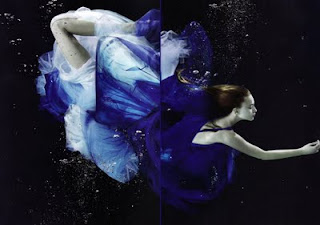 Photography by Alix Malka and text by Thomas Moore.
I highly recommend you click on the photos to see them large.
Posted by diane at 9:36 PM No comments:

Thanks to Lis for the video.
Posted by diane at 6:58 PM 2 comments:

a bit of a man to man chat

Letter to a Friend about Girls

by Philip Larkin
After comparing lives with you for years
I see how I’ve been losing: all the while
I’ve met a different gauge of girl from yours.
Grant that, and all the rest makes sense as well:
My mortification at your pushovers,
Your mystification at my fecklessness—
Everything proves we play in separate leagues.
Before, I couldn’t credit your intrigues
Because I thought all girls the same, but yes,
You bag real birds, though they’re from alien covers. 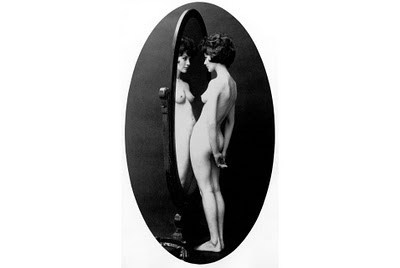 Now I believe your staggering skirmishes
In train, tutorial and telephone booth,
The wife whose husband watched away matches
While she behaved so badly in a bath,
And all the rest who beckon from that world
Described on Sundays only, where to want
Is straightway to be wanted, seek to find,
And no one gets upset or seems to mind
At what you say to them, or what you don’t:
A world where all the nonsense is annulled,
And beauty is accepted slang for yes.
But equally, haven’t you noticed mine?
They have their world, not much compared with yours,
But where they work, and age, and put off men
By being unattractive, or too shy,
Or having morals—anyhow, none give in:
Some of them go quite rigid with disgust
At anything but marriage: that’s all lust
And so not worth considering; they begin
Fetching your hat, so that you have to lie 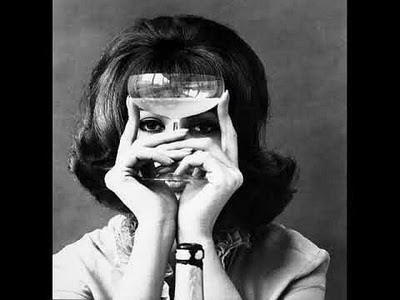 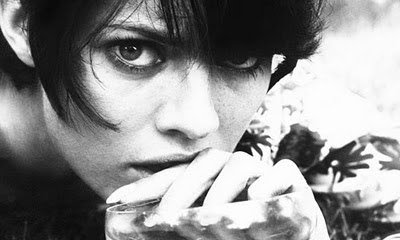 Till everything’s confused: you mine away
For months, both of you, till the collapse comes
Into remorse, tears, and wondering why
You ever start such boring barren games
—But there, don’t mind my saeva indignatio:
I’m happier now I’ve got things clear, although
It’s strange we never meet each other’s sort:
There should be equal chances, I’d’ve thought.
Must finish now. One day perhaps I’ll know
What makes you be so lucky in your ratio


—One of those ‘more things’, could it be? Horatio.
Text by Philip Larkin and photography by Wingate Paine.
Posted by diane at 3:49 PM No comments: 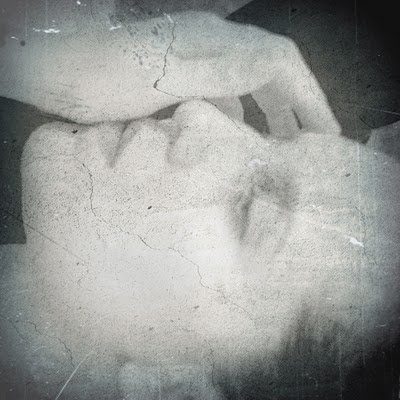